skip to main | skip to sidebar

france again >> back in a week or so

well I only have one more meeting (an important one) tomorrow, then by the evening all being well I/we will be on the way to france again. driving to dover and the ferry, then driving through northern france to spend a week in the burgundy area.
I have to say I feel really tired and more than ready for a little break. so plan to be away from this blog for a few days at least. I have to get some work done so I am taking stuff with me. and I might just feel the need to update, if not I should be back here on monday the 3rd of november '08.
Posted by surf98/dgeorge at 8:30 pm No comments:

the other day I was out and about, eventually ending up at a meeting at krowji in west cornwall. great concept and a place with a really creative feel check the site krowji for a better explanation than I can give.
I was intrigued by was the way it made me feel. because it's based in an ex-school building very similar to the school I went to in the 70's. it made me feel at home, motivated, a bit nervous as well as happy all within a short time. the high ceilings the cast iron radiators combined with the over heavy doors with high door handles and big metal hinges. the difference is that is is now inhabited by creative practitioners of across many areas of the arts and media. as well as serving a really good coffee.
Posted by surf98/dgeorge at 10:05 pm No comments:

getting stuck by doing more 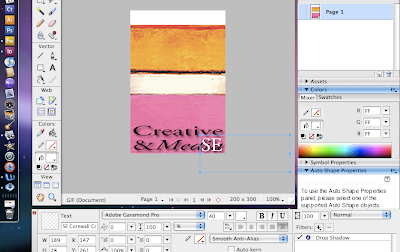 as all those who have ever worked with design or creative planning must some times find that the more you do, the more you need to do. I have spent far too much time re-doing things on screen. I should have done as I always teach / nag. 'plan it on paper first don't let the computer software dictate the way your work looks'.
well today (and yesterday) I was my worst student. embarrassing as it is to admit but still. I will be completely re-working, and re-doing it all. with pencil and paper for a day or two.
on well back to real drawing hopefully it will help me create something better.
Posted by surf98/dgeorge at 8:06 pm No comments: 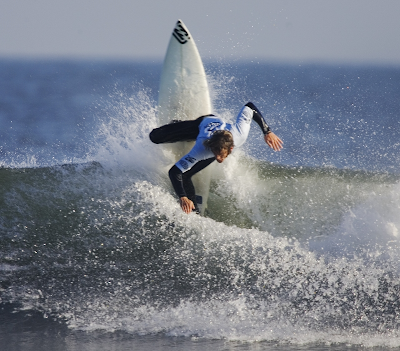 in my guise as a surf writer, surf website owner and stuff. I get all sorts emailed to me every day. when ever I get a mail from dave read (UK Pro Surf Association Ltd) I always have a look, more often than not a really good surf pic is attached. today's mail was no different this picture (above) ruebyn ash at the 'north east open' by lucia griggi / UKPSA
Posted by surf98/dgeorge at 7:40 pm No comments:

west cornwall > montol > use of space

a bit of a change today, I was down in west cornwall for work. it was well worth the drive as the day was usefully  thought provoking. I learnt about montol (the cornish word for the midwinter solstice), and whole lot more. check the montol website to find out more. 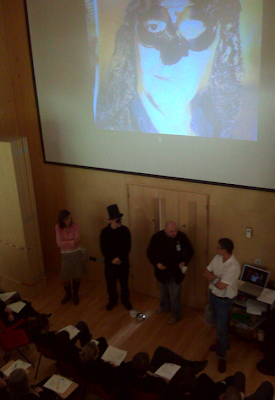 while watching a presentation I thought without looking I would simply photograph two view points slightly off the main interest area with the surprising result of making me consider the use of a space. probably doesn't make much sense at the moment but will do in the coming weeks. 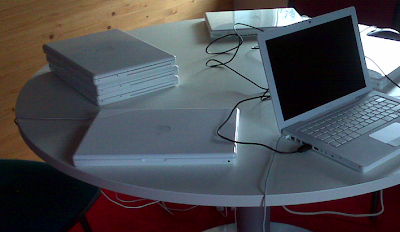 when I got home today I was surprised to see a box of fruit and vegetables on the work-top in the kitchen. what is so strange about that. well not much actually. but this one is not from the supermarket, still not strange, they are organic, still not strange.
the strange thing is that we have never done the veg shop this way before. the riverford organic vegetable company delivered our veg box today, its the one when you don't really know what is going to arrive so the haricot beans were substituted with sweet potatoes.
the real strange bit was the total lack of packaging just a cardboard box with stuff in it. I can't thin why we never did it before. i remember my mother getting fruit & veg like this when I was a small child in the 1960's, so nothing new just new to me today.
unwrapped organic real fruit and veg, now that is a cool brand. 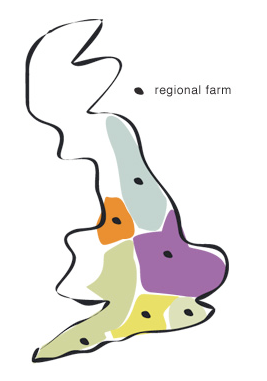 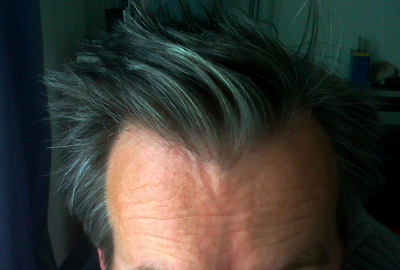 strange that after watching the british design genius on BBC2  programme. I mentioned to a few people today how much I liked the fact that paul smith's hair had pretty much stayed the same over the years. have to say I have watched the programme a few times and found it a great piece of work.
which then led me to an email conversation I had with a friend over the weekend. he is firmly rooted in the art world (successful too) yet we haven't actual see each other for a while. one of his questions, totally unrelated to the subject of the email conversation was, did I still have a full head of hair? well crazy as it sounds it was important so I emailed the picture above, (my hair as of last saturday). I received a picture back which doesn't need posting simply to say that it was entitled 'egg heads'.
in a world that has so many other things to think about, why do we care? I can't answer that but paul smith (sorry sir paul smith) is still cool.
Posted by surf98/dgeorge at 10:12 pm No comments: 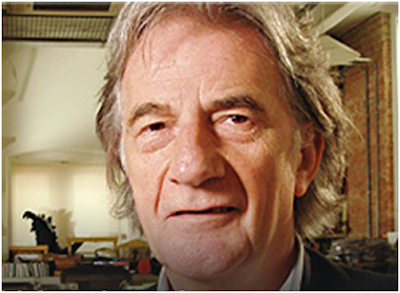 I am looking forward to sitting down to watch BBC2 tonight. in the good old days when I thought I could hack it as a menswear designer, (a dream that didn't really last as long as it should have, but still). I met paul smith, even did some work for his brand involving print designs for mens shirts. it was a long time ago (mid 80's). he impressed me with his calmness before anything was said, he sat down at his desk took out some mini speakers connected them up to a cassette walkman pressed play, closed his eyes and listened to about 5-6 minutes of very calm classical music. in awe I simply sat quietly until he open his eyes looked up at me and said 'ok lets see what you have got'.
BBC2 at 9pm at British Style Genius
Posted by surf98/dgeorge at 3:30 pm No comments:

a bit corny I know 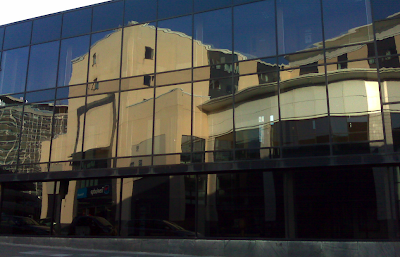 well we all have to be corny sometimes, don't we?
I just couldn't resist this picture yesterday as I was walking back to the car after an afternoon in plymouth. it's the reflection of a travelodge in a glass fronted building belonging to a firm of solicitors.
Posted by surf98/dgeorge at 10:50 pm 2 comments: 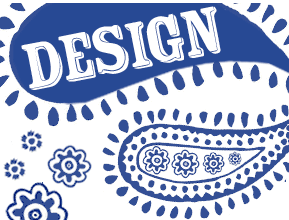 paisleys (above) taken from an web ad for dwanda
when I get a moment (very rare in the last few weeks) I try to use it productively, by looking at design stuff, in fact at heaps of it. more often than not I get a moment look at something realise I like it it goes in to the memory and very often simply stays there. 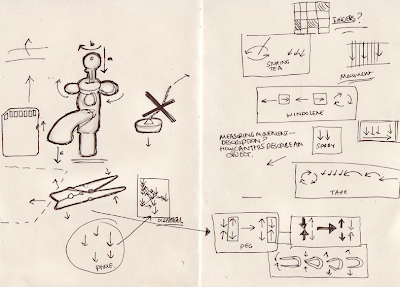 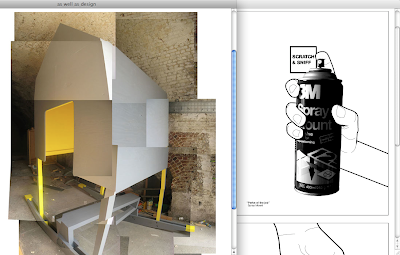 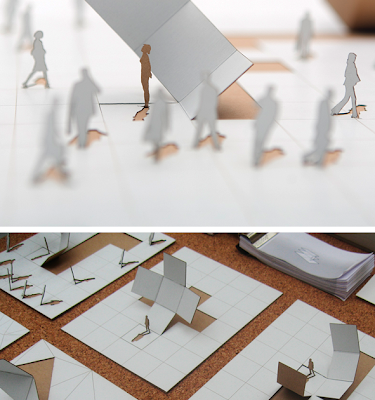 so tonight led by designspotter, I found myself looking and perhaps learning from the some design ideas/drawings from stuart bannocks at aswellas.
I smply like the way things looked and the way things were drawn. might be worth a look aswellas. some good stuff, from. goldsmiths again
Posted by surf98/dgeorge at 7:51 pm No comments:

only just got in. much to do. so will get something posted tomorrow.
Posted by surf98/dgeorge at 10:01 pm No comments:

its all connected >> classrooms? 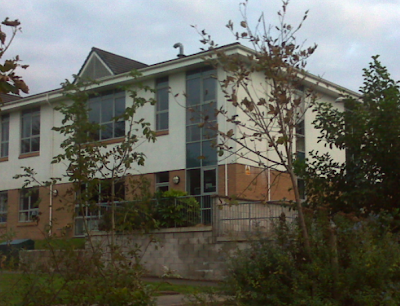 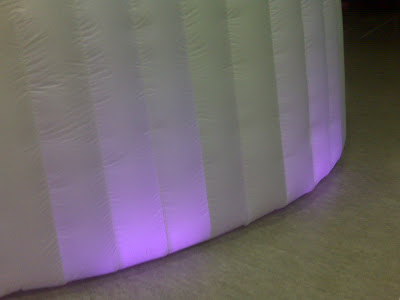 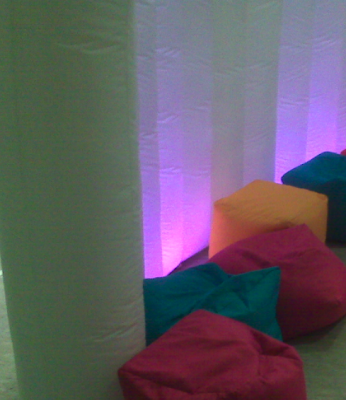 these three pictures taken yesterday are all of the same place. it's a school where for a day at least I had a chance to see a different way of learning (for a day anyway) being shown to future students. it the form of a roadshow.
it seemed a great success the dome shaped classroom (for want of a better term) areas were very well received and created a new experience. yes I am talking about diplomas the qualifications that 'the press' seem to love to criticise.
from watching the way they were being received by the students that are actually going to be spending their time and risking their academic futures on. it seemed to be a fantastic vote of confidence. I will never understand why so many people are so resistant to change, sometimes it really can be for the better.
Posted by surf98/dgeorge at 8:36 pm No comments:

the last few days have been rather busy, exciting even perhaps a bit daunting as well.
I have been working, listening, talking, explaining, trying to understand and be understood. without going in to big detail I thought a few visuals will best describe what I have been up to. and what l will will be spending a considerable time (not all, still have other projects on the go) doing over at least the best part of the next year. 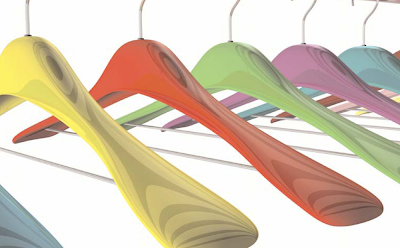 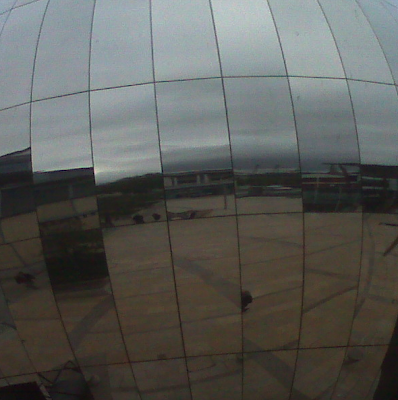 I haven't been to bristol for ages, except for the occasional visit to ikea on the way through to or back from the north. so haven't seen the changes that are continuing to happen.
I was there today for at watershed for a planning meeting, (I haven't been home long). it was a dull day weather-wise. the meeting wasn't dull, even with overcast skies, drizzle in the air and not even a hint of sunshine. 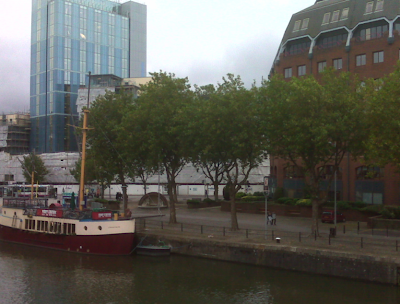 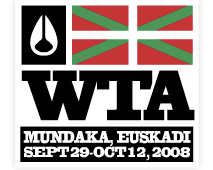 I know this will be reported across surfing sites across the world but I just had to add my own congratulations to the man. as a surfer and a follower of surfing for as long as I can remember, to be able to be at the top of professional surfing for so long and continue to be so good is astonishing, to say the least. 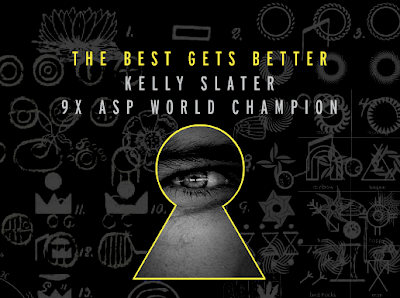 this year mr slaters 9th world surfing title won by simply reaching the 3rd round of the mundaka billabong pro (his results over the last few months on the WCT have been so good that that was all he needed. if you are interested have a look at some of the footage from mundaka on the billabong site.
Posted by surf98/dgeorge at 9:15 pm No comments: 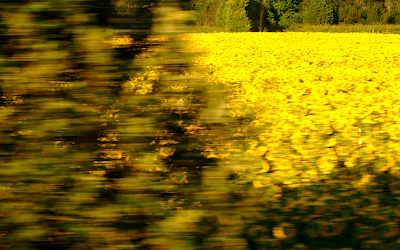 continuing on from the theme of yesterday I found another photo taken from a moving vehicle, I meant to post this nearer time I took it. (july of this year in southern france).
for some reason however this picture means so much more today on a wet, (getting colder) autumn day in south east cornwall than it did at the time. as simply looking at it makes me feel warm. perhaps it is my background in textile design that leads me to the idea of mood changing surface texture. perhaps that could be the next line in an occasional series. surfaces and textures that make you feel different. I will work on it.
Posted by surf98/dgeorge at 7:49 pm No comments: 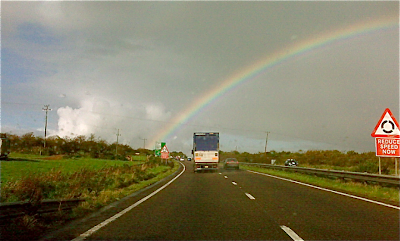 I just liked the look of this rainbow with a roundabout at the end of it as I was on my way back from a productive meeting in west cornwall.
Posted by surf98/dgeorge at 9:55 pm No comments:

STUFF I LOOK AT